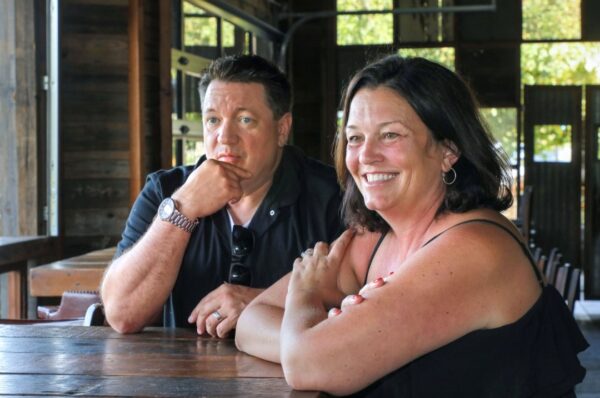 Flying Pig Pub & Kitchen, a popular Oceanside restaurant that marked its 10th anniversary this month, is pulling up stakes this weekend for a move to a new location three-quarters of a mile to the north in downtown Oceanside.

Flying Pig’s last day at its longtime location at 626 S. Tremont St. is Sunday. Owners Roger “Roddy” Browning and his wife, Aaron Browning, have purchased a new building at 509 Mission Ave., where they plan to reopen their restaurant on June 1.

Construction work is now under way on the new location, which was formerly a ramen shop. Roddy Browning said the footprint of the new restaurant space is similar to that of the existing Flying Pig, but work is being done to the 1940s-era building to remove the drop-down plaster ceilings to expose the original redwood ceiling. He has also exposed some of the original red brick walls and is building a large front dining patio.

The new restaurant will feature decorations from the current Oceanside location as well as the couple’s former Vista restaurant building, which the Brownings sold a few months ago to Best Pizza & Brew. The new Flying Pig will have about 70 seats, including 45 indoors and 30 outdoors.

Because the restaurant industry has struggled through uncertain times the past year, Browning said it wasn’t easy getting a loan on the property. Fortunately, the building they purchased includes the shop occupied by the Sandy Toes souvenir shop next door, so that guaranteed tenant income helped swing the loan with Endeavor Bank.

Browning said the move will allow him and his wife to “push the reset button and bring back the soul of the Pig.”

Over the past year, the restaurant’s menu has been changed quite a bit to adapt to what worked in a to-go box rather than on the plate. New chef Harrison Hackett replaces original chef Mario Moser, who moved to Colorado last fall. Hackett plans to move back to a menu more in keeping with the Pig’s original menu concept, which Browning called “Southern-inspired California fresh soul food.”

Westerly Public House, a restaurant that will mix California and Australian surfing town vibes and flavors, will open in May in Hilton’s new Monsaraz San Diego hotel in Point Loma.

The restaurant, helmed by former Wooden Spoon chef/owner Jesse Paul, will be an all-day restaurant with service from 7 a.m. to 10 p.m. daily. Part of Hilton’s Tapestry collection, Monsaraz will have 92 guest rooms, 2 meeting rooms and nearly 5,000 square feet of event space. The hotel, located at 1451 Rosecrans St., is taking reservations beginning May 2.

Two more local restaurants recently reopened after an extended closure due to the stay-at-home orders issued in December.

Farmer’s Table restaurant in Little Italy has opened a new outdoor bar, where guests can order breakfast, brunch, lunch, dinner and drinks for outdoor service from 9 a.m. to 9 p.m. daily.

Even though indoor dining is starting to return, the new bar was created to serve diners who are more comfortable eating outside and to serve the tourist crowds anticipated this summer. The restaurant is at 550 Date St., Suite A, San Diego. Visit myfarmerstable.com.

Friendly Feast will hold its annual International Bake Sale from 10:30 a.m. to noon Sunday at Born and Raised, 1909 India St. in Little Italy. Six pastry chefs from Ironside, L’Auberge Del Mar, Nine-Ten, Born and Raised and more are baking treats to benefit the Monarch School for homeless youth. Pastry boxes are $35 and can be pre-ordered at friendlyfeast.org.

Kragen writes about restaurants for The San Diego Union-Tribune. Email her at pam.kragen@sduniontribune.com. 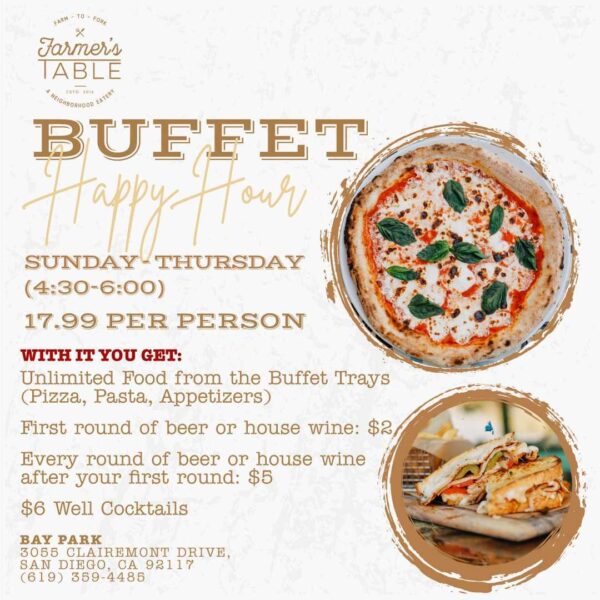